Lesson 1: In this lesson, we were introduced to to a programming language called scratch. It uses blocks to create code. We started with a name project in which we created a name project. We had to combine our names with a partner's name and animate it. 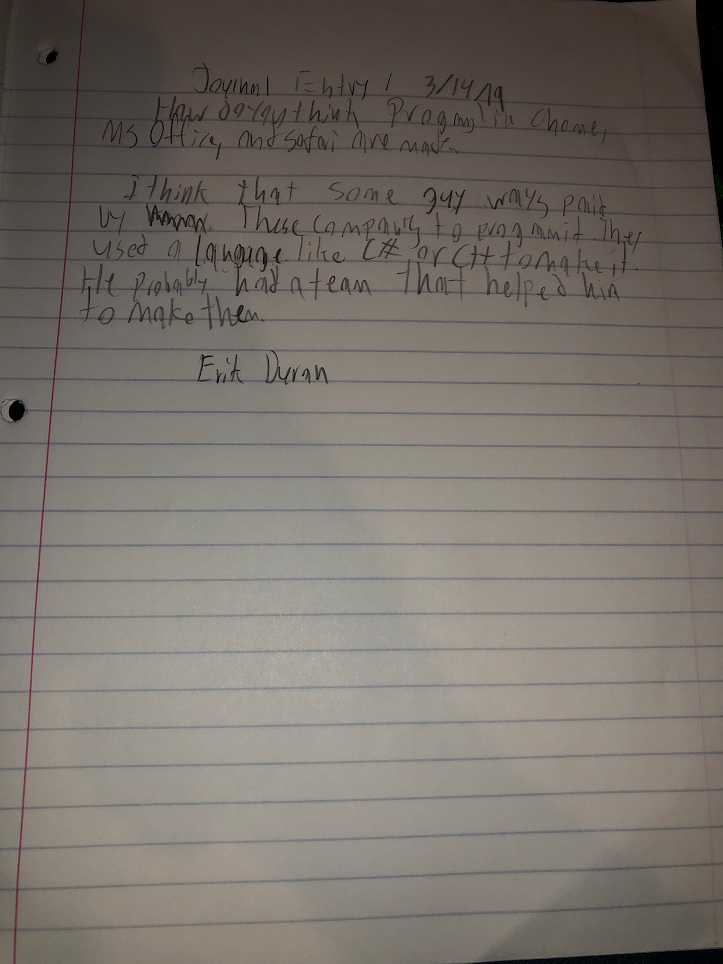 Lesson 2: Here we presented our name projects. Each group of partners had to present their projects in front of the classroom. We took notes and gave constructive criticism. 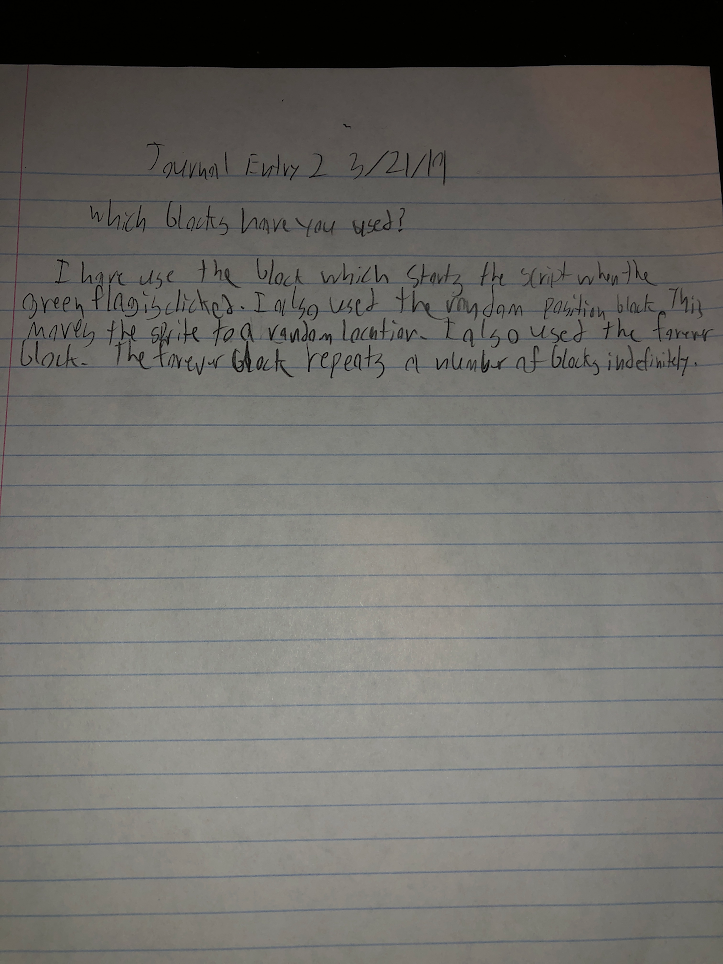 Lesson 3: In this lesson, we created a knock knock joke project. We used what we have learned in scratch in order to create a knock knock joke. We worked with our partners. We did not present our project in front of the class, but some people would have wanted to. Knock Knock Joke Project

Lesson 4: Here, we learned how to move sprites in scratch. We had a moving project in which we had to make a map route project. It required we had to move a sprtie around a map and draw its path. We had to make a route based on certain destinations. 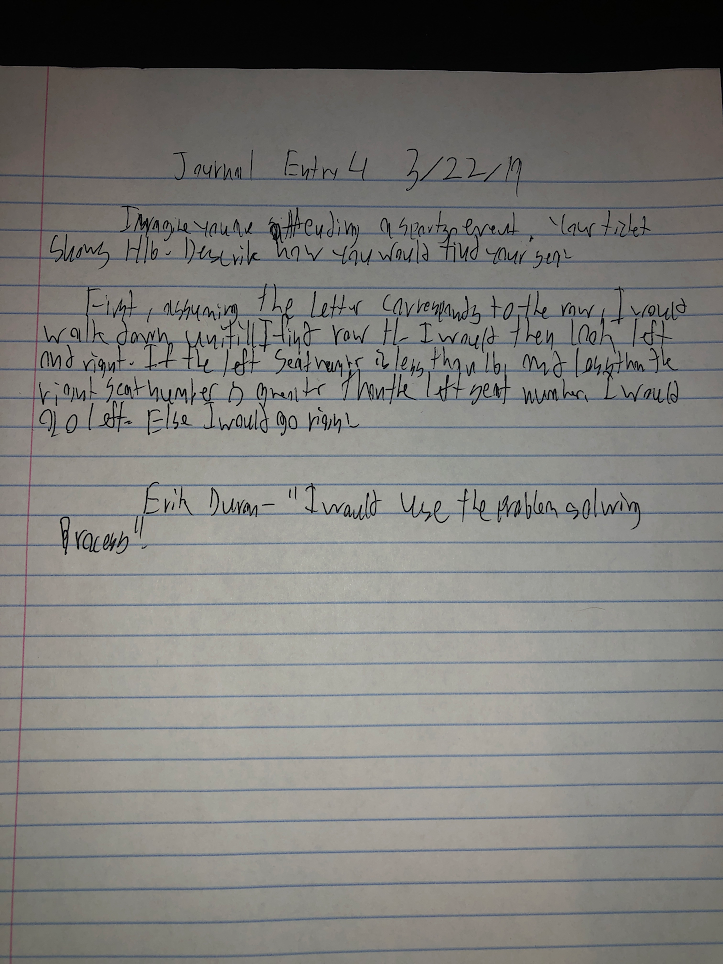 Lesson 5: In this lesson, we learned how to broadcast events. Broadcasting events allows you to make things happen when other things happen. For example, if a sprite touches another sprite, an event can be broadcasted to make the sprites hide. 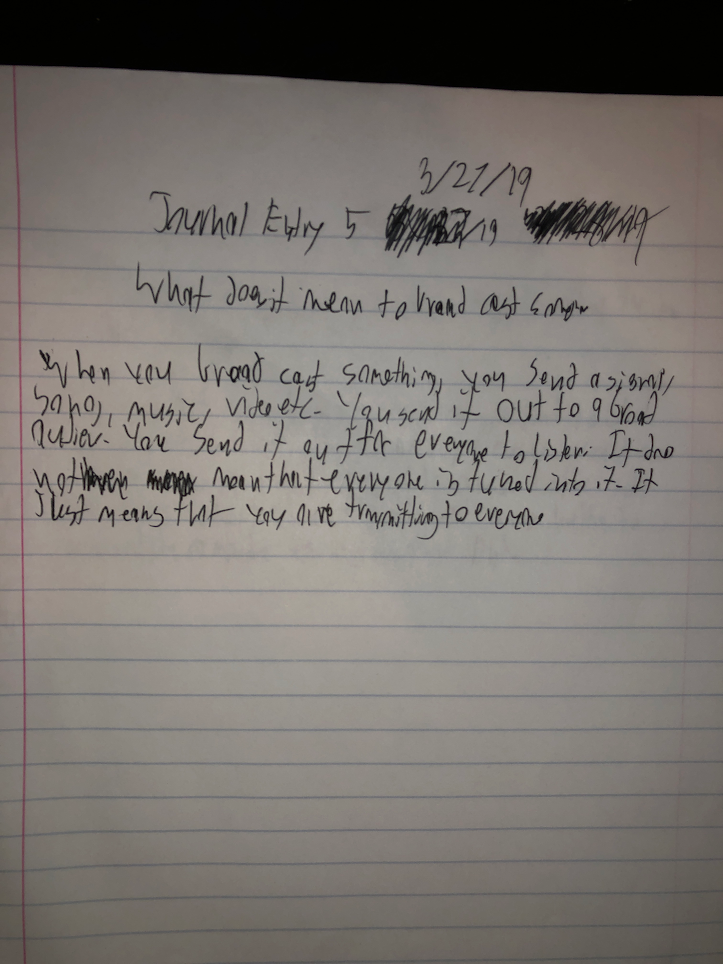 Lesson 6: Here we learned baout event driven programming. We made a create your own adventure project. We had to use broadcasting events in order to make this. When a sprite was clicked, it would progress into a new part of the adventure. 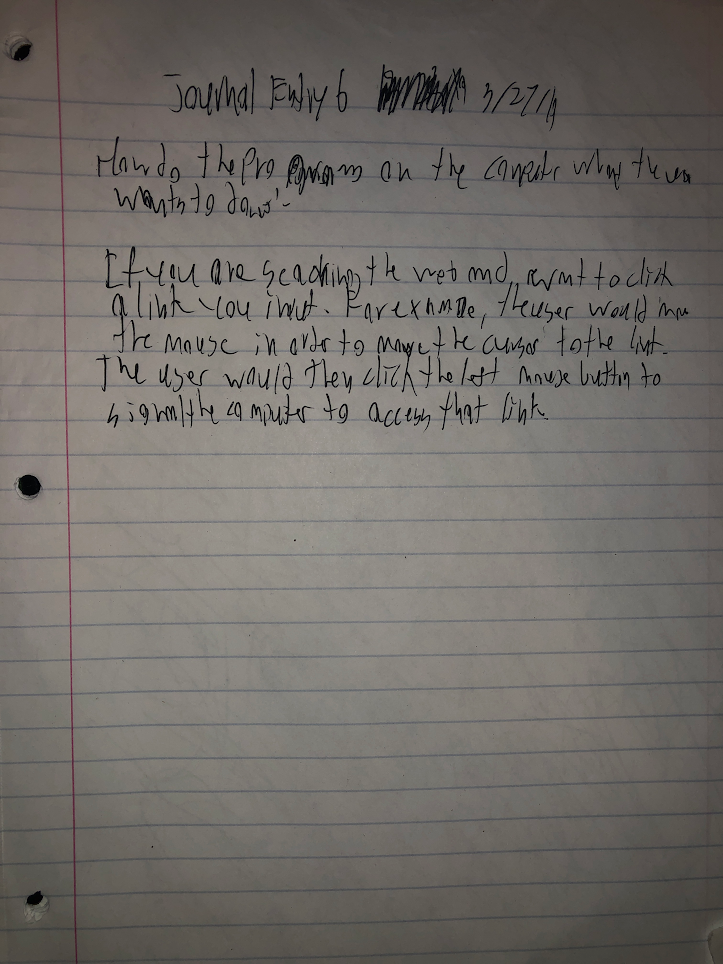 Lesson 7: In this lesson, we created a story project. We had to make to make a scratch project in which we told a story. We had to use broadcasting events in order to progress the story. We also learned how to combine code from other projects, because we all worked on this together. 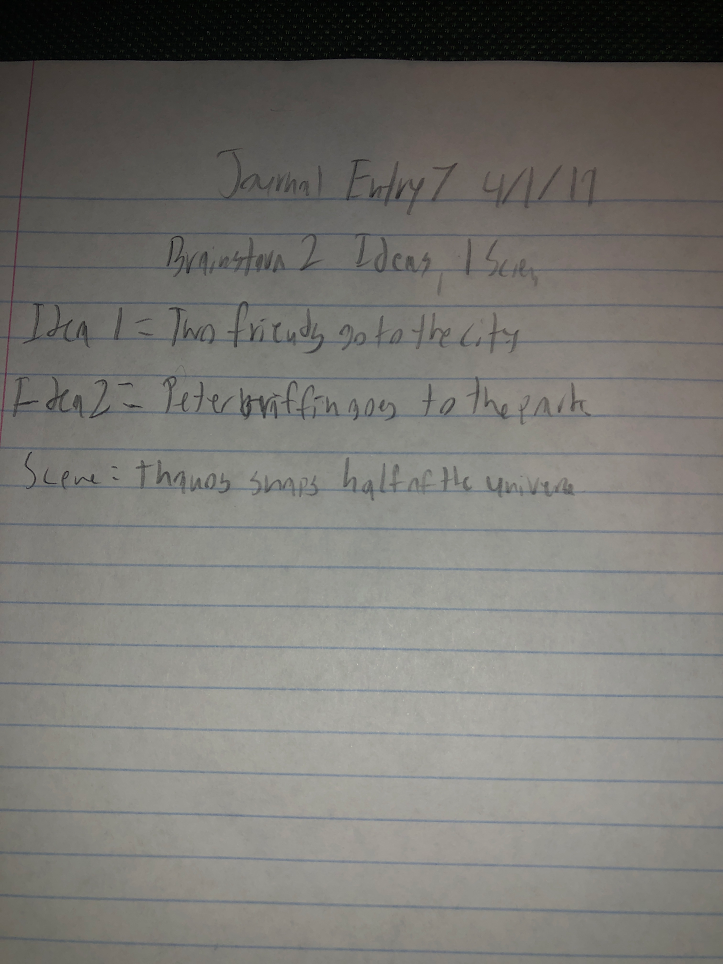 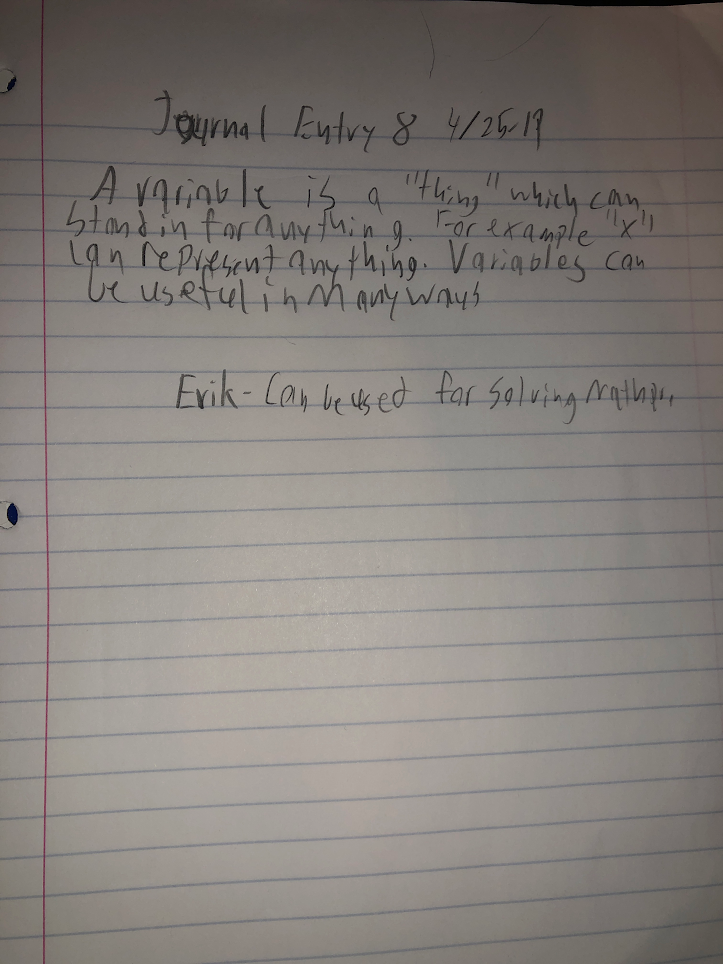 Lesson 9: Today we were introduced into conditonals. A condtional is an if/then statement. To learn about this we had to make an age project. We had to choose an age and the character would tell you what you can do at that age. We uses if statements in order to make this project. 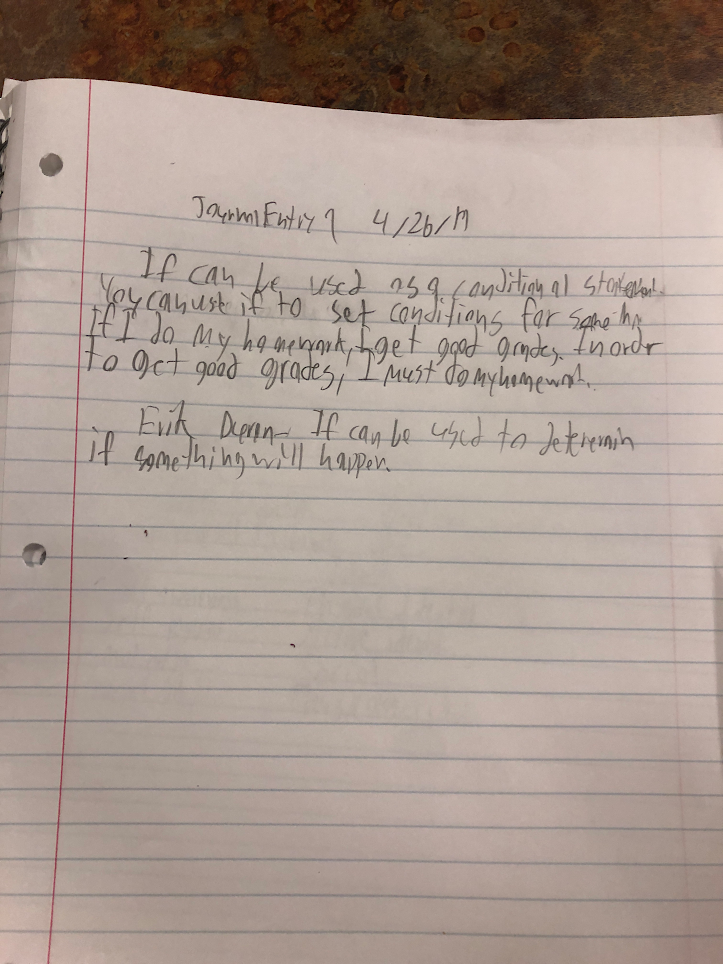 Lesson 10: In this lesson we were introduced to and/or statements. If two operators are true in an and statement, then that and statement is run. We had to create a magic 8-ball project and social media quiz project for this lesson. 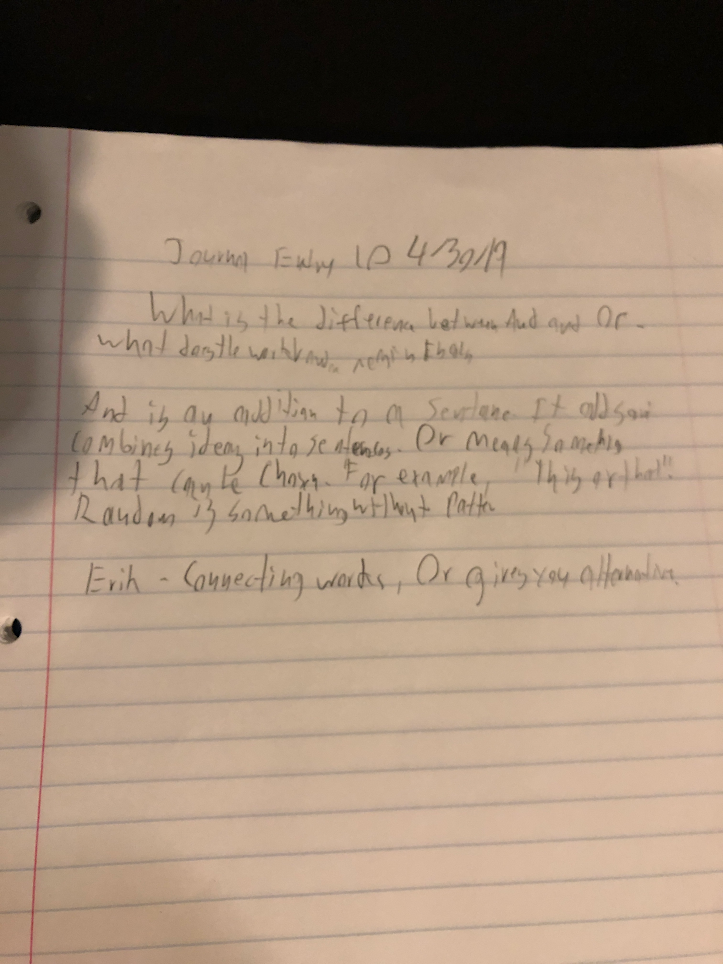 Lesson 12: In this lesson we learned about abstraction. Abstraction allows you to make code shorter and simpler. We had to modify a space project to use abstraction. Instead of having each code to go to every planet, we just made one code that was "go to planet". 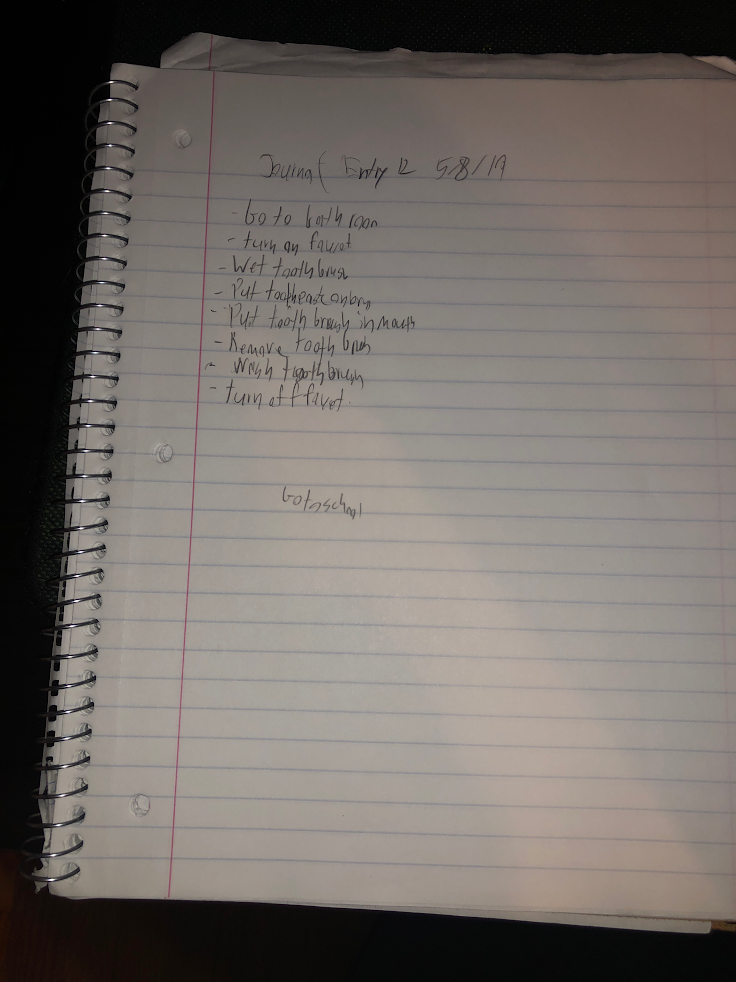 Lesson 14,15: Here we learned about timers. In order for you to have a timer, you need a timer variable. We also make a timer reaction game to go along with these lessons. The game we had to make required us to have a timer. Reaction Game Project

Lesson 16: Here we investigated games. We modified games in order to figure out things for our final project. The monkey game I modified brought me ideas for my final project. Monkey Game

Lesson 17: This is our final project. We decided to talk about a career. We talked about neurosurgery.Final Project